Why Spring is the Scariest Season

What, in your opinion, is the scariest season of the year?

While I did not actually interview anyone in pursuit of the answer to this urgent and essential question, I believe I can safely assume that most unsuspecting strangers, thus accosted, would reply that it is autumn. This is perfectly reasonable. After all, the fall months, particularly October, are widely associated with any number of unsettling things– death, for example. It’s Halloween, so we’re predisposed to be spooked. It’s cold, so we’re reminded of how badly nature has it out for us. Things are withering left and right, so we realize that life is fleeting and that we ourselves are no exception. To top it all off, we know that winter is coming, so things are only going to get worse from here on in.

That’s a telling number of strikes against autumn, and we might be tempted to leave the scoreboard as it is and attend to other, more pressing matters. Like registration for next year’s classes. And summer plans that are already rattling around in the void demanding to be manifested. And the major we haven’t quite settled on yet. And the career we’ve decided we might not want to pursue for the rest of our lives, after all. And for some of us, that distant speck labeled “Graduation” that appears dead set on bowling us over with all the grace and subtlety of an incoming capybara. And… wait a minute. What time of year is it, again?

Despite its reputation for Disneyesque flowers and birdsong, I’d argue that spring is by far the scariest season– and the above anxieties only stand to support me. Who knew that the months that usher in life could be so frightening, even compared to the days that recognize death? Sometimes, it’s easy to forget that life itself can be absolutely terrifying, and spring loves to remind us of that. In some ways, it’s almost like a cruel cycle– reemerging every year after the snow, awakening the world again and again, with a wanton and riotous impertinence, as though anything were going to turn out differently this time. Year after year, autumn sweeps in to brush it all away, and winter buries it deep, but it keeps coming back for more, seemingly in defiance of all rationality. Spring is scary because of its possibilities and its almost impudent, stupid hope. Why should we all keep going, when our experience gives us no certainty that our goals and expectations will survive the first frost? Since when do dead things come back to life?

As Christians, we have a ready answer to the last one, and the church year is designed to remind us. After a Lenten season that not only acknowledges but allows us to address our darkness, fears, and failings, Easter emerges as a staple of springtime, a glorious and present manifestation of the time when somebody did come back to life, against the grain of all logic and human experience. It was a thoroughly unreasonable turn of events, and in turn, it opened the door to a dizzying universe of potential for mankind. Not only is it unprecedented– it’s preposterous. We can’t comprehend it. One might even call it terrifying.

In perhaps the most unexpected twist of all, that’s okay.

It’s okay to be scared, it’s okay not to know, and it’s okay to keep hoping in spite of that. Life is miraculous, a gift, but it’s also wild, baffling, and formidable. The thing is, through Christ, who conquered both life and death and embodies all these things in himself– so are we. And that’s one thing that won’t change with the seasons. 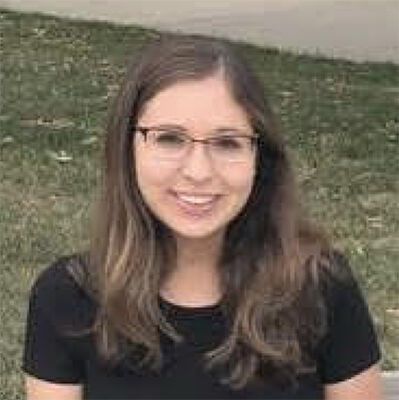 Eavesdropped Facts about the Concordia Community