From Founder to Member

When I lived in Michigan, a friend introduced me to swing dancing and I soon began to really enjoy it. When I came to Concordia, I knew they’d had a swing dancing club before, so I wanted to see if I could start it up again.

The idea got its first spark when I was talking with a friend one night and she said that she had the same idea. From there, a lot of my friends wanted to get on board and help out. In the beginning, many people had ideas of this becoming an official club at Concordia as it is now, but back then, I just wanted it to be a well-publicized weekly event.

That first year by no means went perfectly. In the second year, we officially became a club at Concordia. We had a lot of ideas for things we might do and how we might make it better. We worked on finding a good indoor location, and we ended up making David Pit Lounge our home. Additionally, at the end of that year, we were looking for new people to lead the club, as we were already short one position as it was, and one of the leaders wasn’t planning on doing it the next year.

When swing did start in that third year, the best we could start with was line dancing due to COVID restrictions. I was the DJ that year, as I had been in past years, but I knew close to nothing about line dancing music. Luckily for me, we were able to get some regulations in place that allowed us to get back to swing dancing.

In the second semester of this third year, my plate was full. I had three jobs and was involved in three clubs. Along with that, I just wasn’t having as much fun with swing as I used to. So, about halfway through that third year, I stepped down from being a leader of Let’s CU Swing.

Honestly, I kind of forgot about it for a while after that. Why shouldn’t I? It wasn’t on my plate anymore. I had other things I was focusing on, like my last semester of undergrad. I’ve been fairly focused on doing well academically this semester. The other night I spent almost three hours studying for a test. After I got done, I decided to go past JTOP before heading back to my apartment. When I got to the plaza, I saw the familiar sight of people swing dancing. When one of the leaders saw me there, she came up to me and gave me a friendly shove (which is actually part of a swing dancing move). I stuck around for a little bit and helped some people with some moves but what was most satisfying was just looking at it all. The music was the same playlist I’d put together with a range of fifties to more modern electro swing music. There were more people than ever which was nice to see. Overall, it was just great to look at. I’ll be graduating in December, and next fall I’ll likely be starting grad school in Mississippi, but it was satisfying to see and to know that Let’s CU Swing, a club that I, as well as many others, put so much effort into, is in good hands. 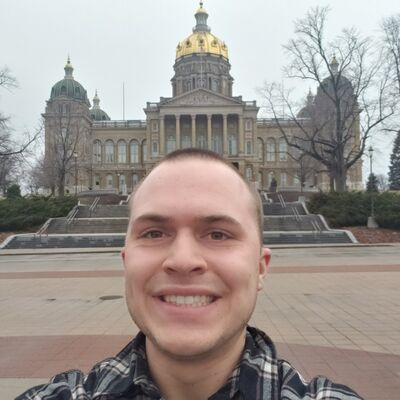 I’m a senior at Concordia primed to graduate this December. I’m studying Psychology and Behavioral Science which will lead me to graduate school studying school counseling. I enjoy reading about things like career exploration, coaching, and the current school system.

A Day in the Life of an Education Major