Hundreds of students from across Nebraska converge on Concordia's campus for a day of learning from nationally renowned authors and illustrators who host interactive workshops and keynotes for students.

More information about the day will be published here as soon as it's available. 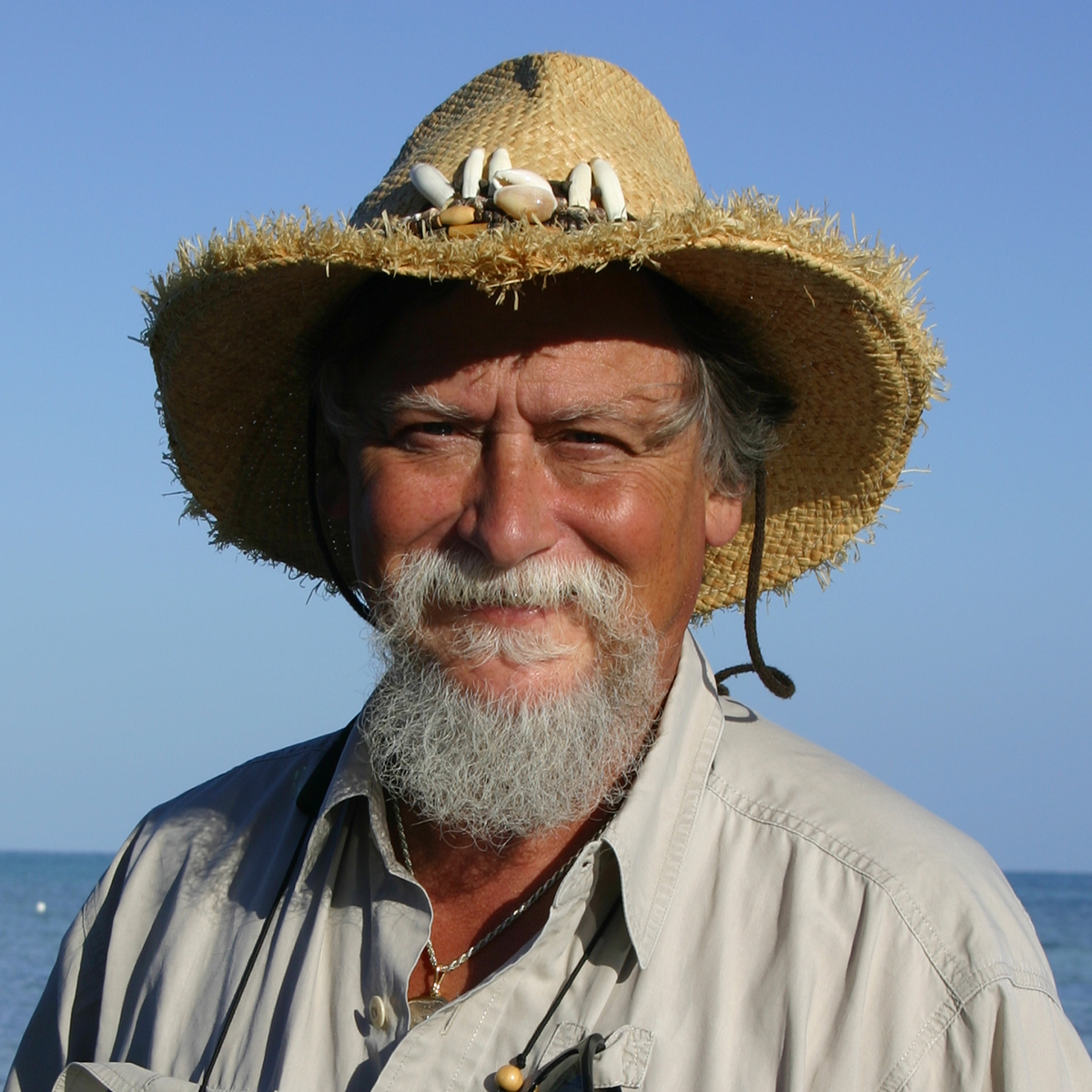 Jim Arnosky was raised in Pennsylvania and graduated high school in Philadelphia. Soon afterwards he joined the U.S. Naval reserves. His active duty took him to Maryland, Bermuda, Bremehaven, Germany. In 1976, Jim and his wife Deanna along with their daughters, Michelle and Amber, moved to Vermont where they have lived in an old farm for the past 44 years. 17 of those years were spent raising sheep on three acres of land. The other 40 acres of woodland on their farm have been set aside for wildlife.

Jim has written and illustrated 104 books on nature subjects and has illustrated 46 other books written by various authors. He has over 142 books published world wide. 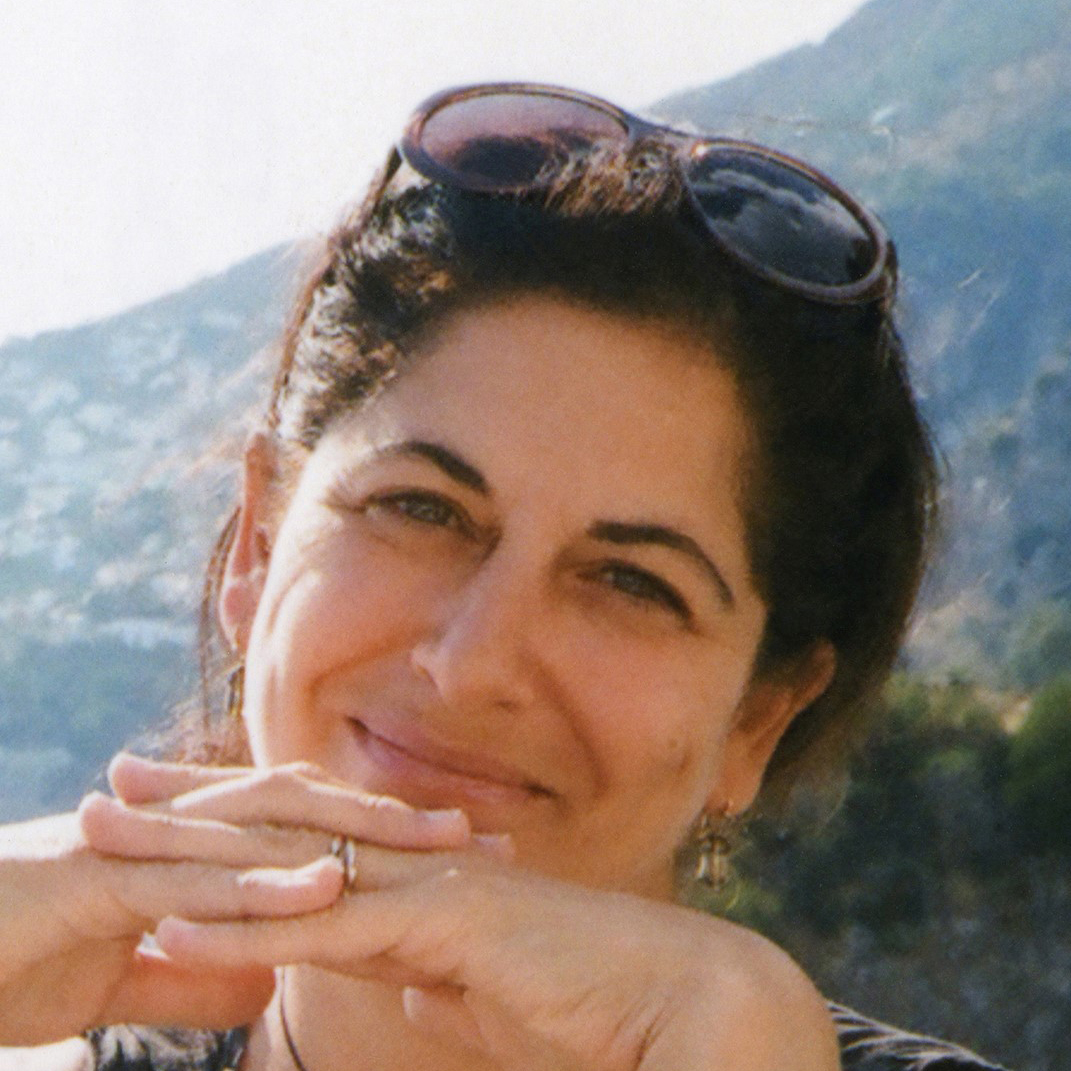 Carin Berger is a designer, artist, and author. She is also a treasure hunter who can’t pass up a good piece of ephemera. Her cut-paper collages and dioramas are made with scraps of old books, letters and receipts. Carin has written and illustrated over ten picture books and her work has been included in numerous shows including at The Art Institute of Chicago and the Bruce Museum. She was the 2015 chair of the Original Art Show at the Society of Illustrators. Awards include: The

Original Art Founder’s Award, The New York Times Best Illustrated Book, and Best of Show from 3 x 3 Magazine for the International Children’s Book Show. Her most recent books include All of Us, a celebration of the power of family, community, and love; and A Curious Menagerie, a playful exploration of collective nouns. 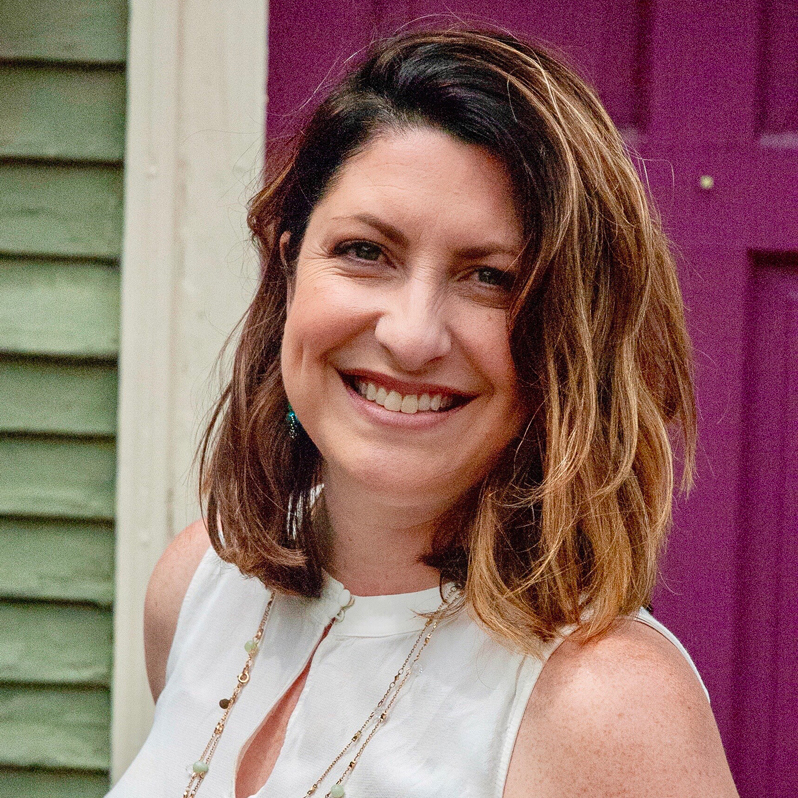 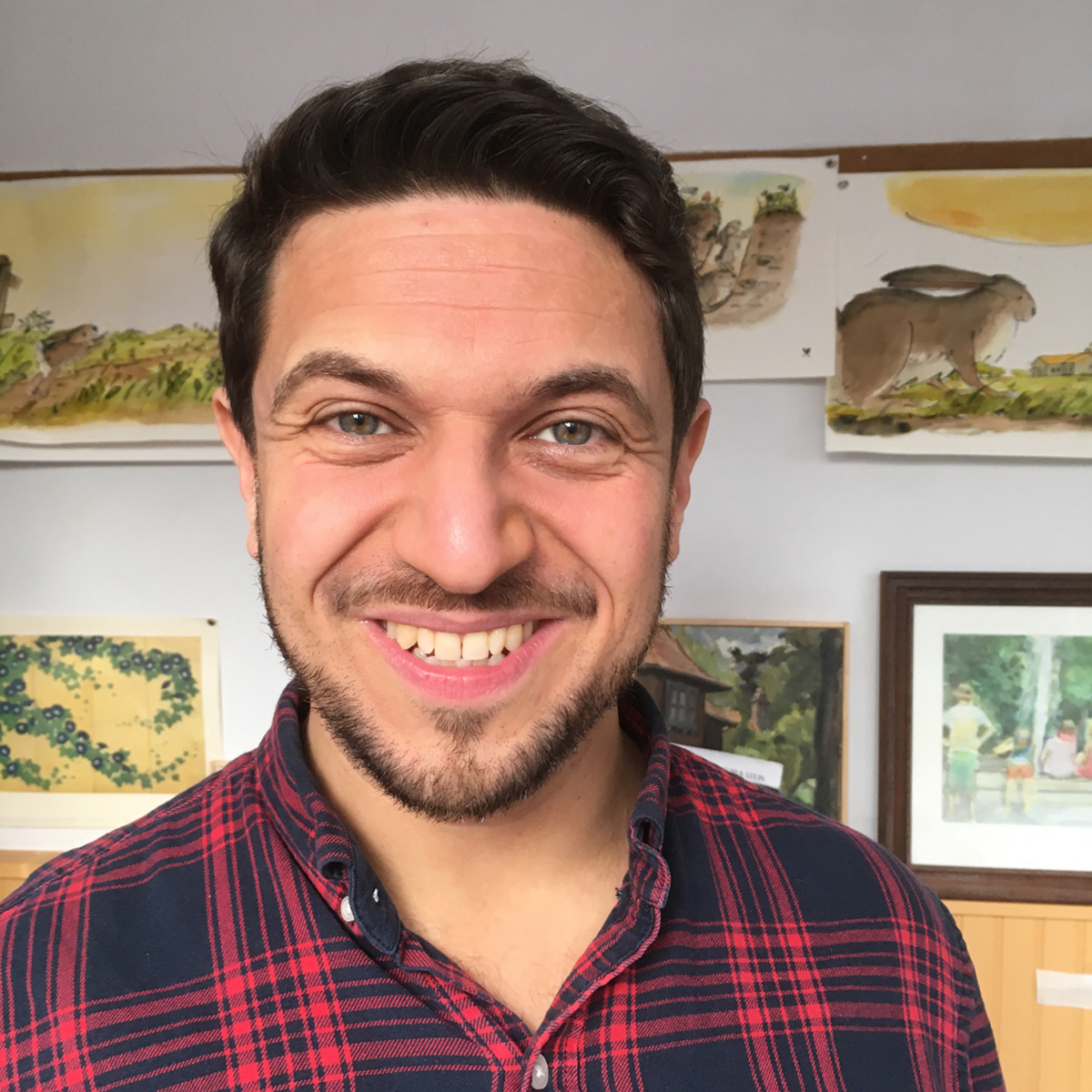 Award-winning children’s author and illustrator David Ezra Stein was born in Brooklyn, N.Y. By the time he was two or three, he was asking adults, “Wanna come to my room? Read books?” David says, “I’ll never forget the experience of sitting in a beloved lap and having a whole world open before me: a world brought to life by the pictures and the grown-up’s voice. That wonder is what I want to re-create in my own books.” Children’s-book historian Leonard S. Marcus has called David “one of the most gifted younger artists working today.” David’s Interrupting Chicken was awarded a Caldecott Honor. 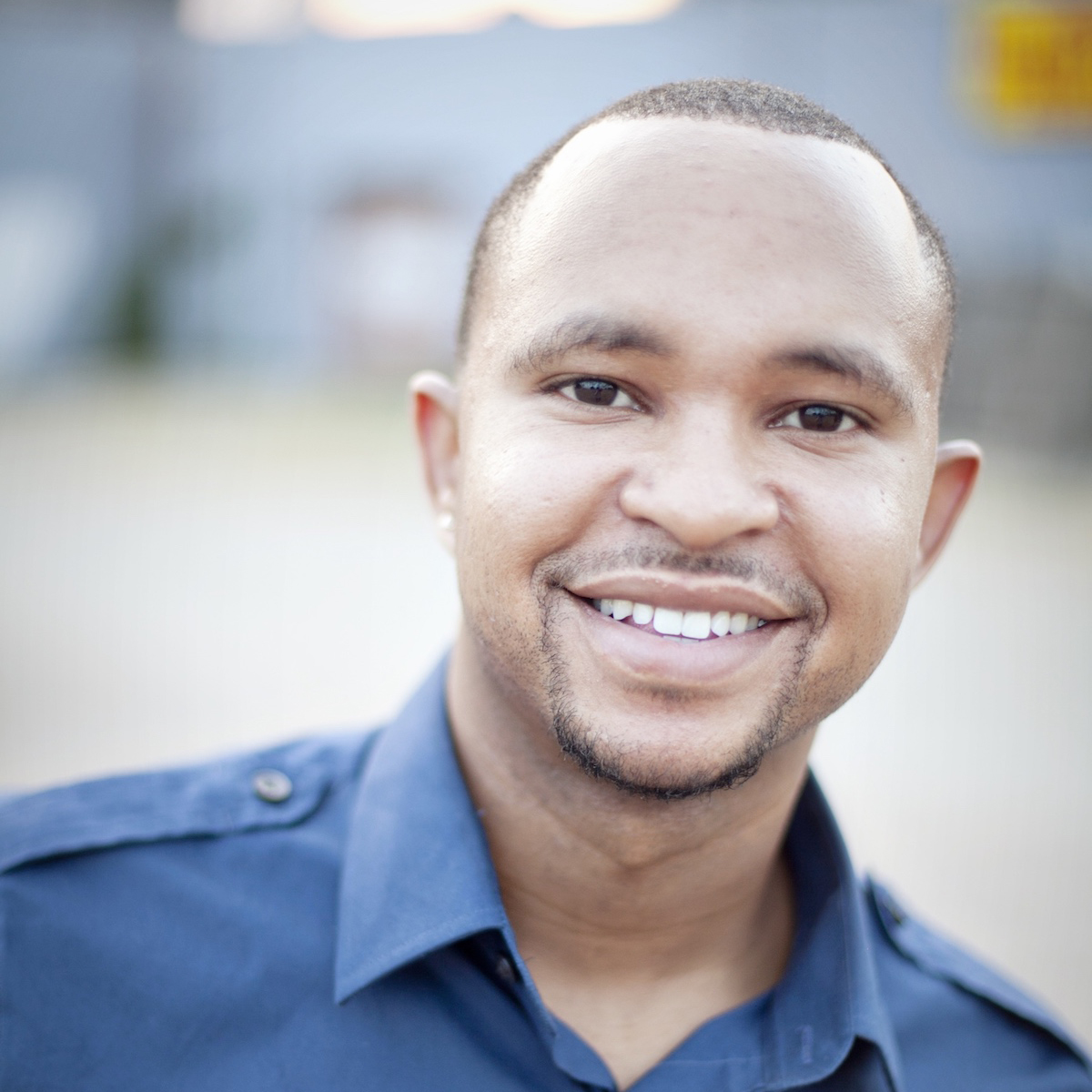 Mr. Ford has over 30 published books for children including picture books, chapter books such as the Magic Tree House Series, and YA covers. He has worked with publishers such as HarperCollins, Simon & Schuster, Scholastics, Penguin RandomHouse, Candlewick Press and more. He lives in Frisco, Texas, with his lovely wife Brandy and their two sons Maddox & Carter. 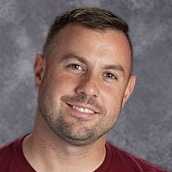 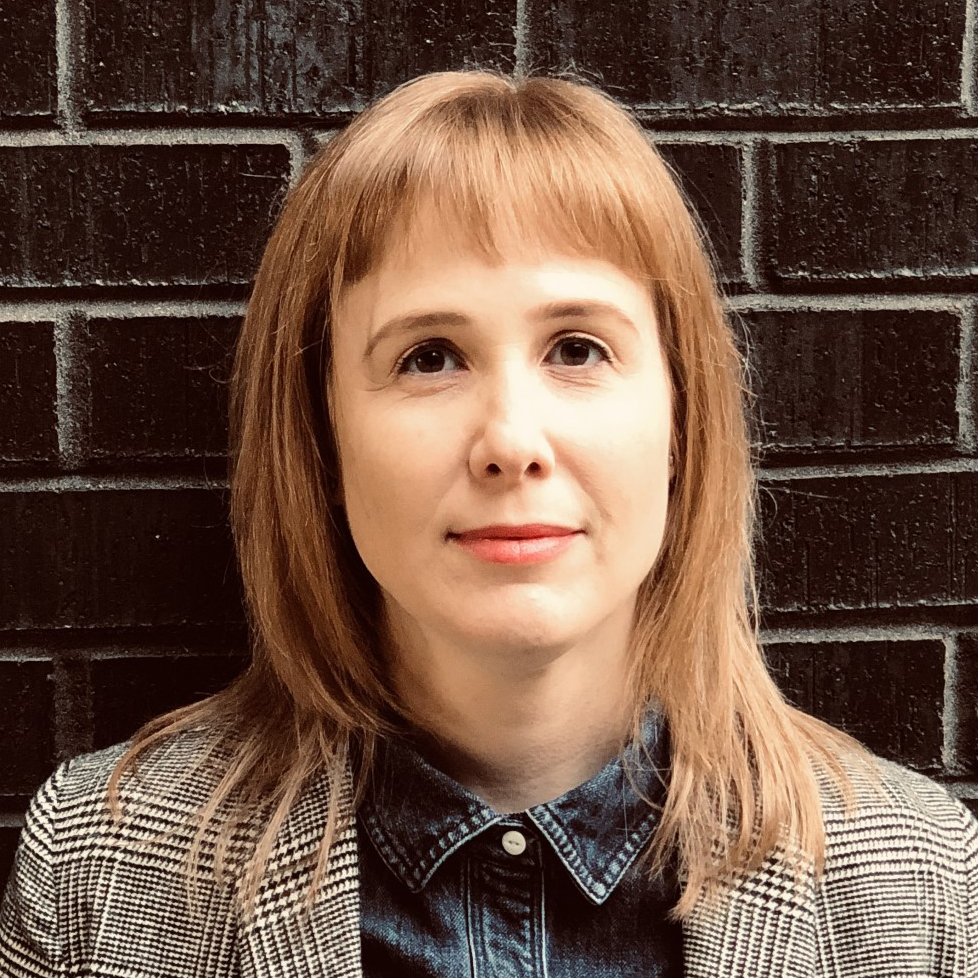 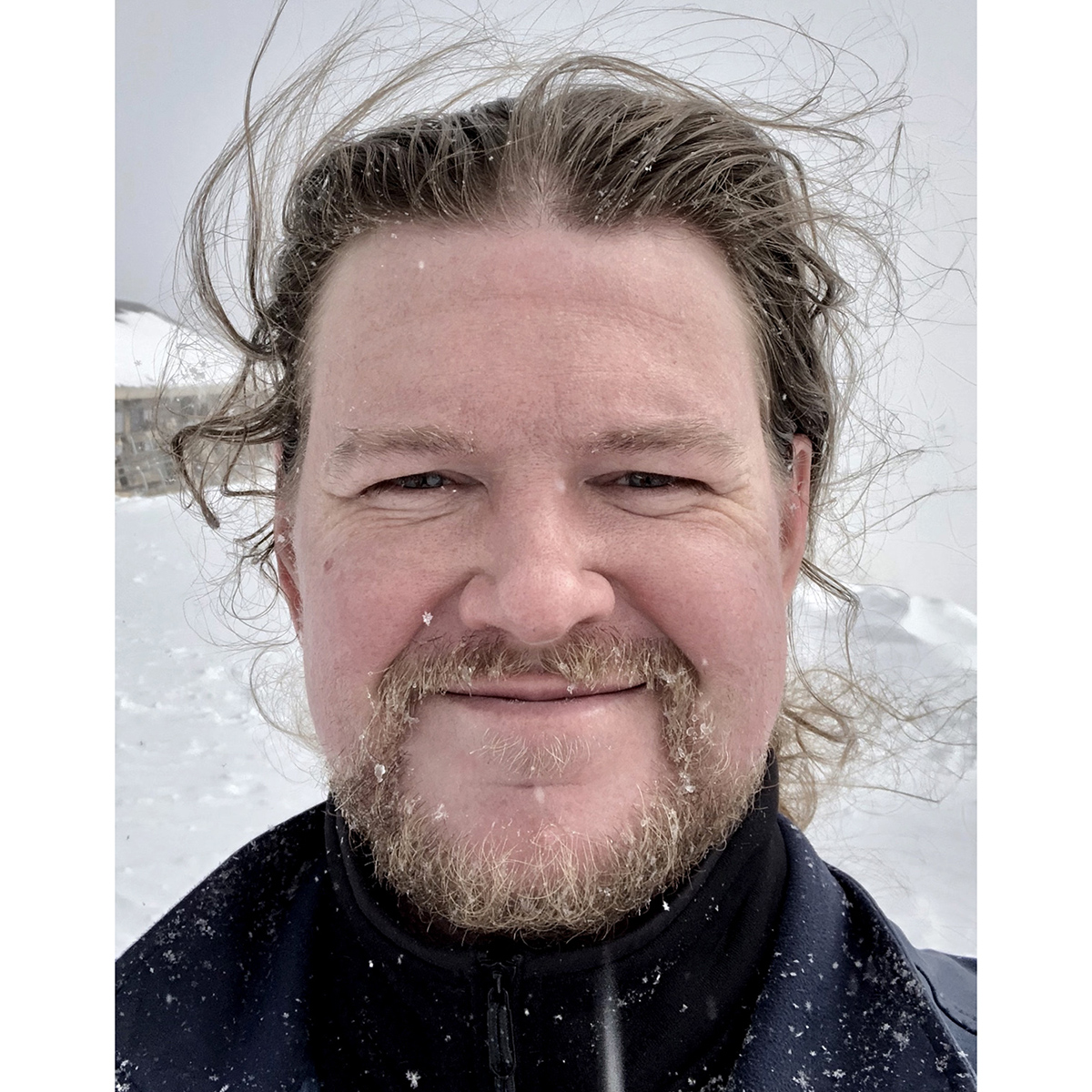 Nathan Hale is the cartoonist behind the Hazardous Tales series of graphic novels about American history. He has also created the kids horror graphic novels ONE TRICK PONY and APOCALYPSE TACO. He is the illustrator of the RAPUNZELS REVENGE series. He lives in Utah. 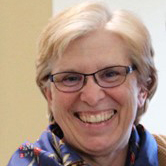 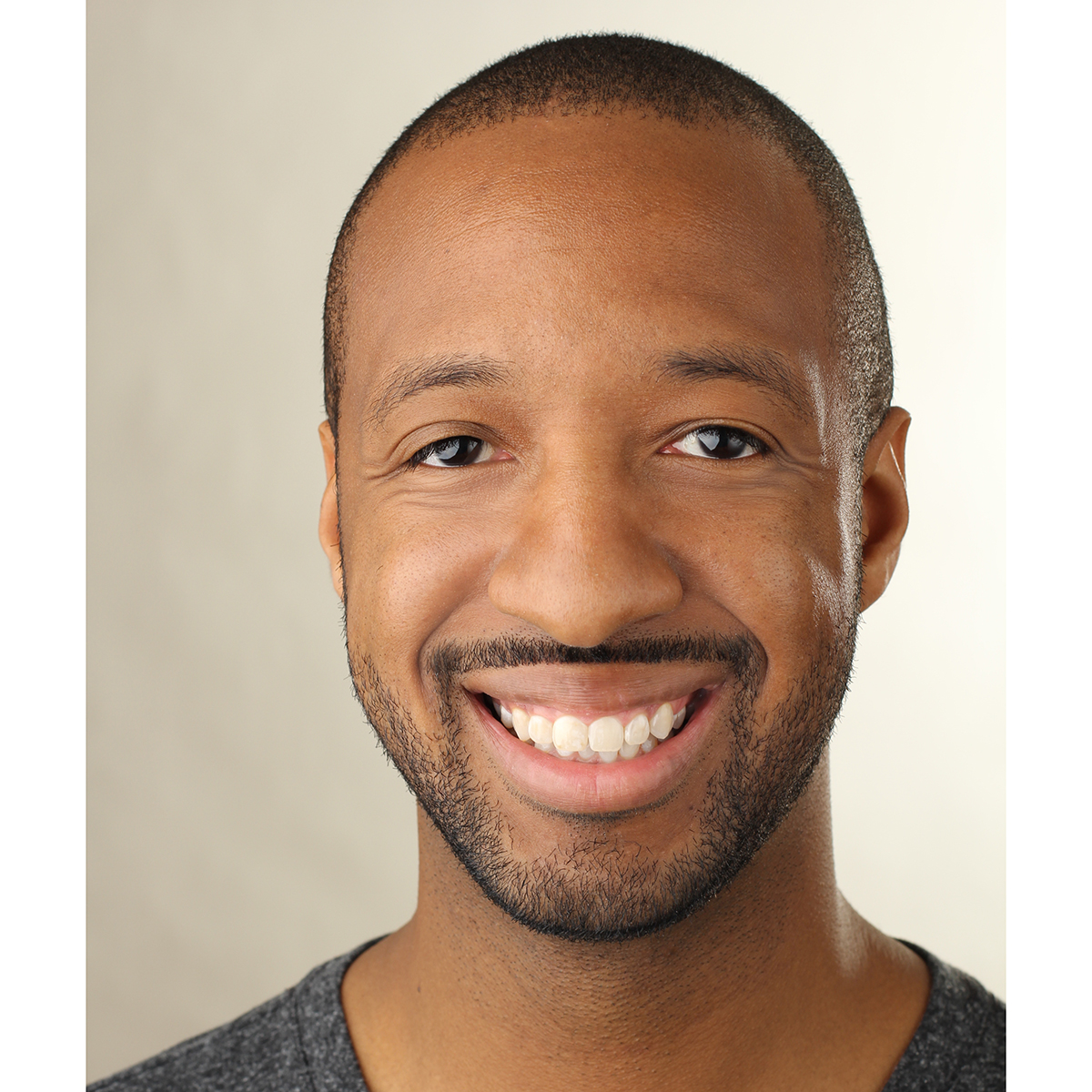 Varian Johnson is the author of numerous novels, including The Parker Inheritance, which was named a Coretta Scott King Honor Book; The Great Greene Heist, which was named a Kirkus Reviews Best Book of 2014; and Twins, his debut graphic novel. Varian received an MFA from Vermont College of Fine Arts, where he now serves as a member of the faculty. Varian lives outside of Austin, Texas with his family, and can be found online at varianjohnson.com. 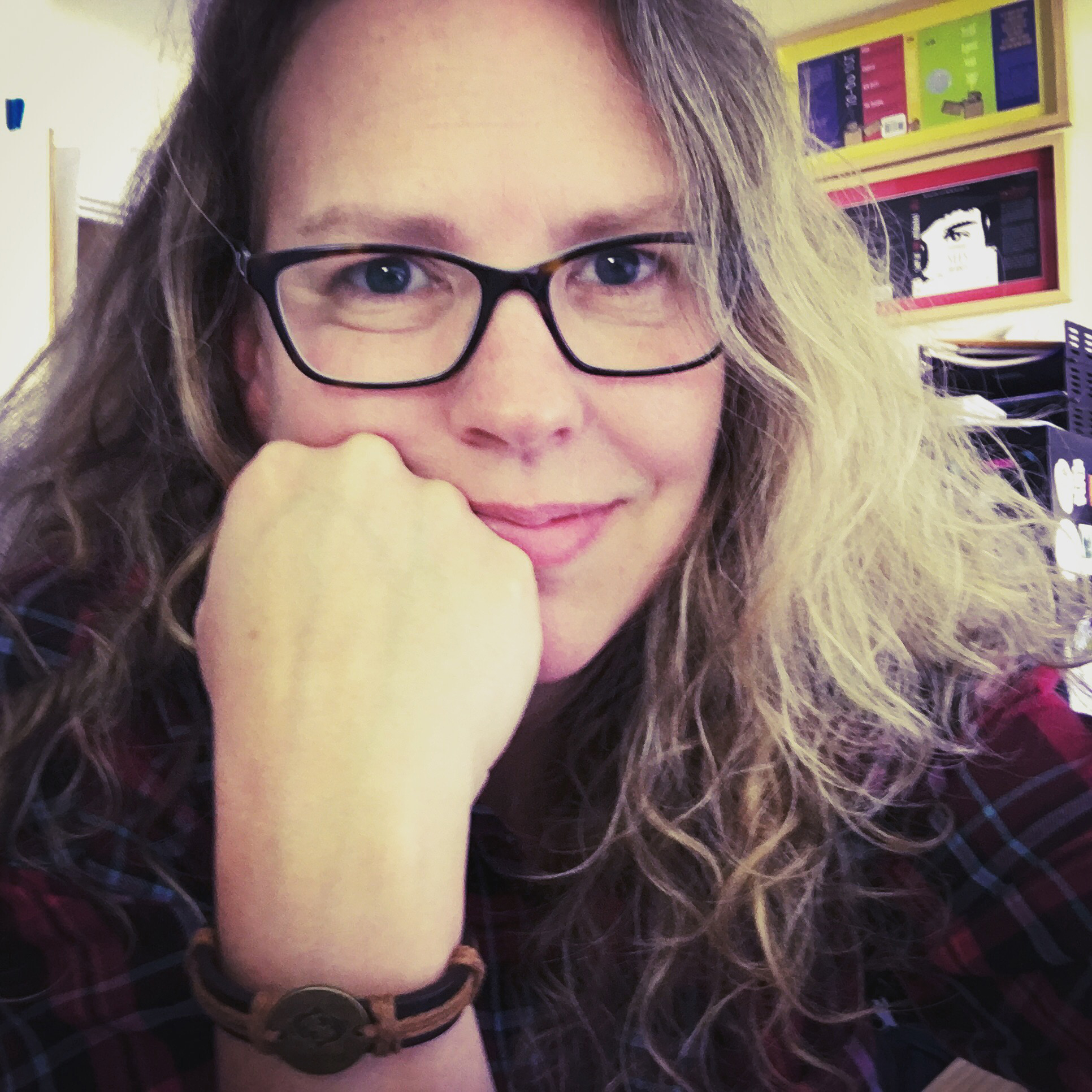 She is a faculty member of the Writing for Children and Young Adults MFA program at Vermont College of Fine Arts and spends many months of the year traveling the country speaking to high school and university students, educators, and humans who care about the mental health of young people. After more than a decade living self-sufficiently and teaching literacy to adults in Ireland, she now lives in Pennsylvania. 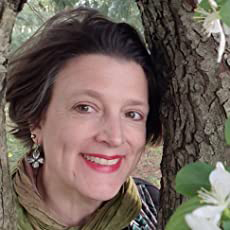 Amy Ludwig VanDerwater is author of books for children and teachers including: Forest Has a Song, With My Hands: Poems About Making Things, Write! Write! Write!, Poems are Teachers: How Studying Poetry Strengthens Writing in All  Genres, and most recently, That Missing Feeling. Amy has taught writing for over twenty years and blogs for students and teachers at The Poem Farm and Sharing Our Notebooks. She now teaches fourth grade in Western New York and lives with her family and many pets in a whimsical old farmhouse. 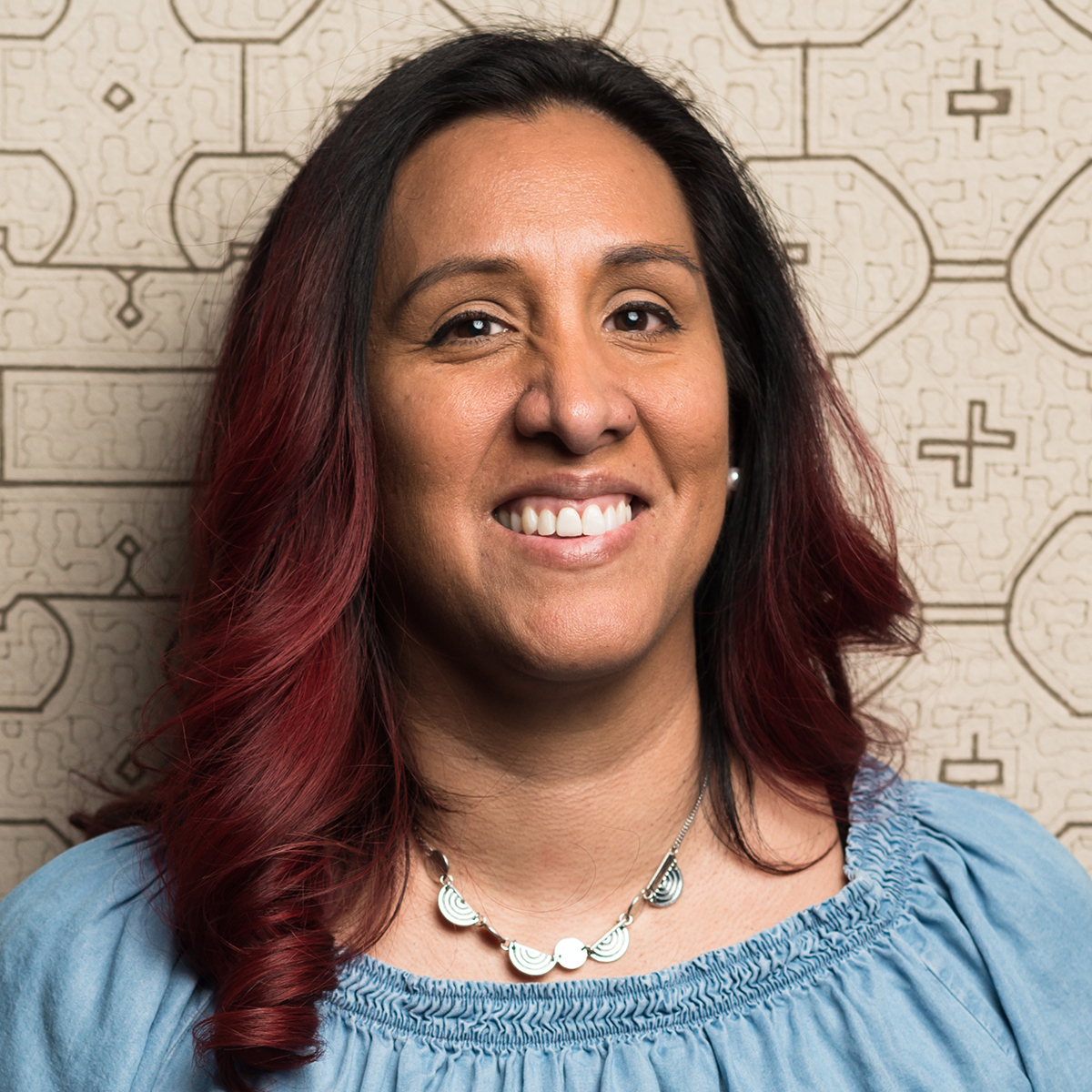 I’m Juana and I write and illustrate books for young readers. Alma and How She Got Her Name (Candlewick Press) was my debut picture book as an author-illustrator, and was awarded the 2019 Caldecott Honor. I am also the illustrator of La Princesa and the Pea (written by Susan M. Elya, Putnam/Penguin), winner of the 2018 Pura Belpré Medal for Illustration, and Fry Bread: A Native American Family Story (written by Kevin Noble Maillard, Roaring Brook Press), winner of the 2020 Robert F. Sibert Medal.

I was born in the busy city of Lima, the capital of Peru. Now I live in the United States in the state of Arizona. Here I share a home with my husband, two sons, daughter, two dogs (one ginormous, one miniscule), and the soul of our late cat, Kitty. Our home can get quite busy at times and I love it. 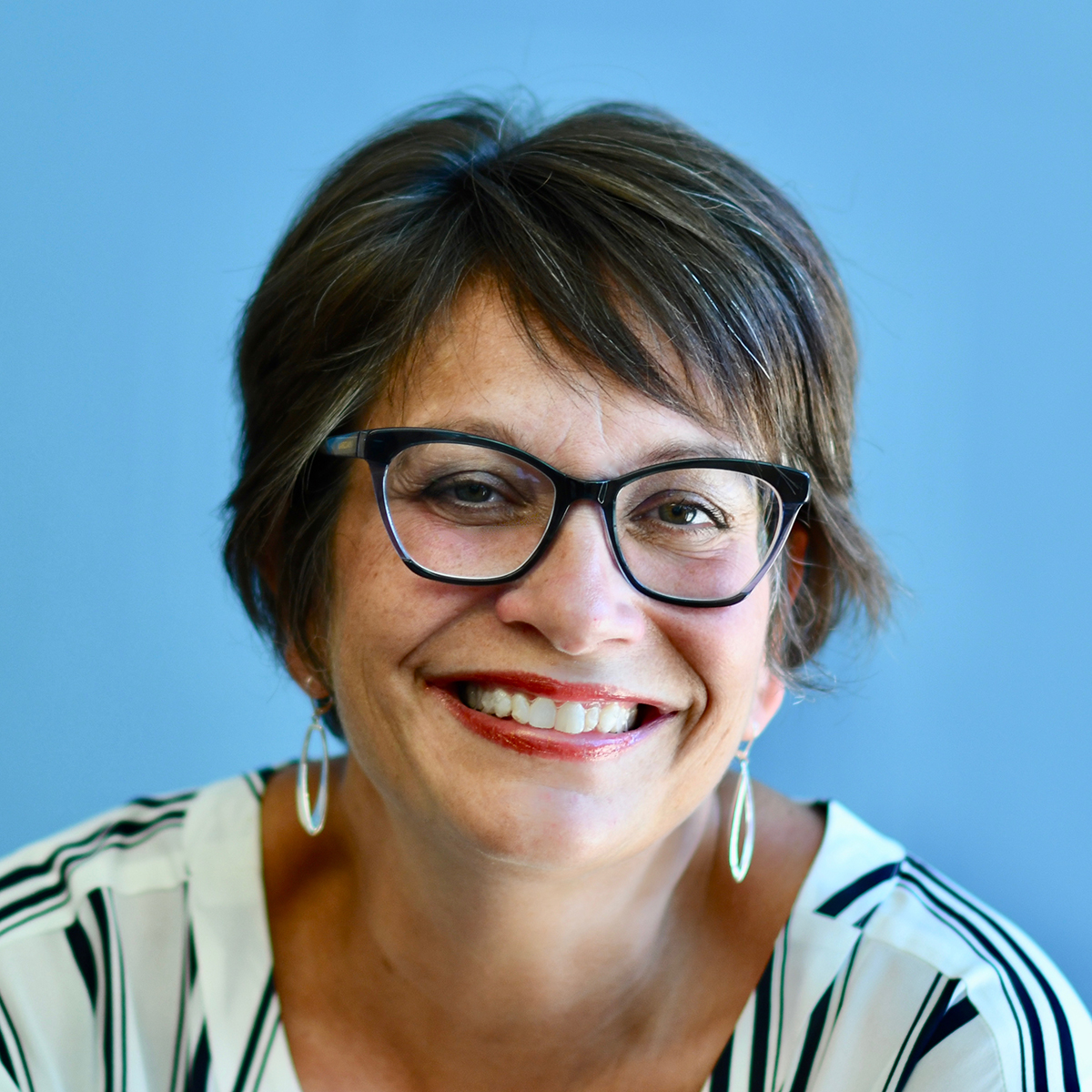 Meg Medina is a Newbery award-winning and New York Times best-selling author who writes picture books, as well as middle grade and young adult fiction. Her works have been called “heartbreaking,” “lyrical” and “must haves for every collection.” When she’s not writing, Meg works on community projects that support girls, Latinx youth, and/or literacy. She serves on the National Board of Advisors for the Society of Children’s Book Writers and Illustrators, and is a faculty member of Hamline University’s Masters of Fine Arts in Children’s Literature. She lives with her family in Richmond, Virginia. 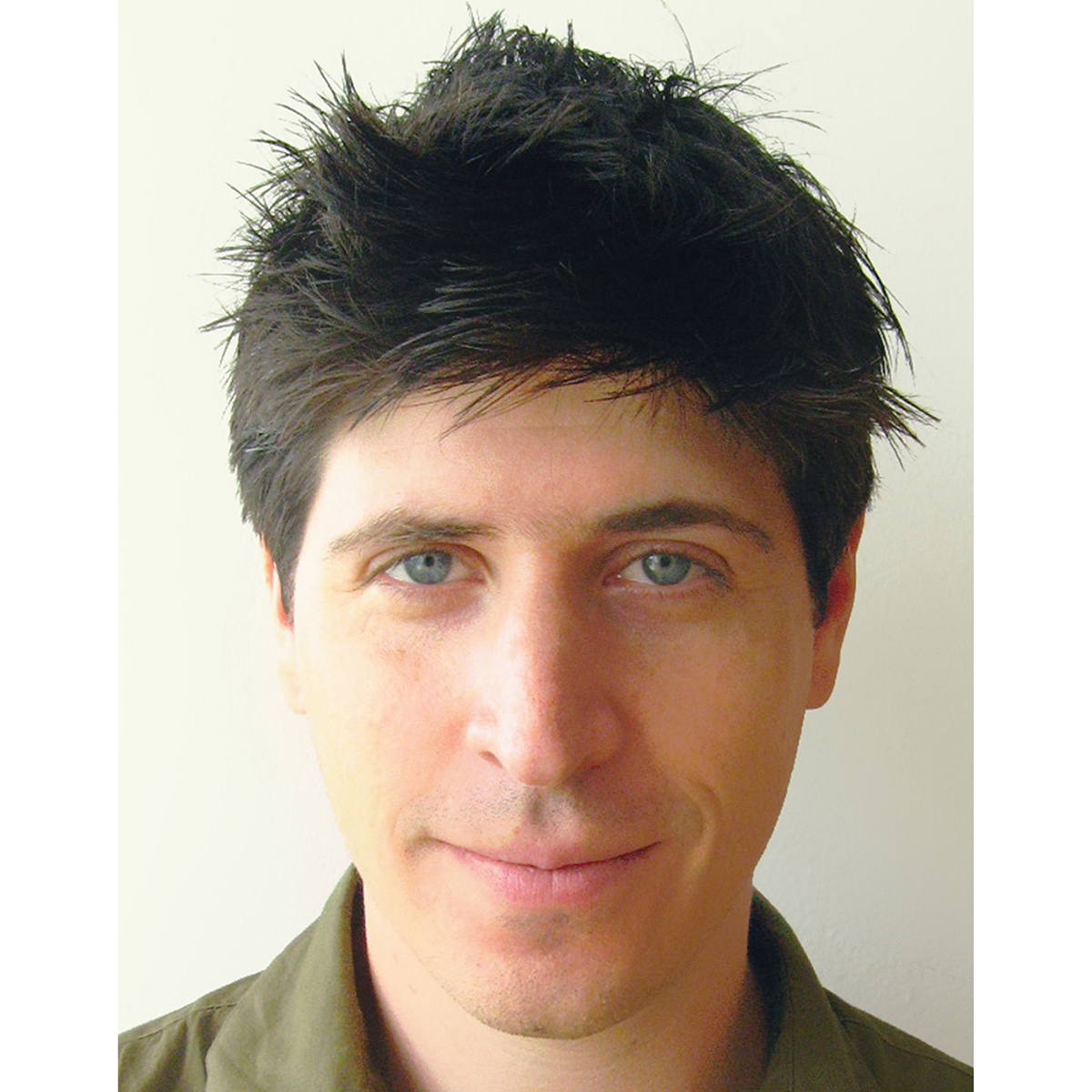 Tim Miller is the author-illustrator of MOO MOO IN A TUTU & WHAT'S COOKING, MOO MOO?, and the illustrator of the picture books SNAPPSY THE ALLIGATOR (DID NOT ASK TO BE IN THIS BOOK!), SNAPPSY AND HIS BEST FRIEND FOREVER! (PROBABLY), MARGARASH, & HORSE MEETS DOG as well as the middle grade series HAMSTERAURUS REX. 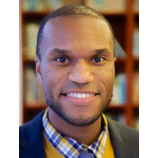 Cornelius Minor is a Brooklyn-based educator. He works with teachers, school leaders, and leaders of community-based organizations to support equitable literacy reform in cities (and sometimes villages) across the globe. His latest book, We Got This, explores how the work of creating more equitable school spaces is embedded in our everyday choices—specifically in the choice to really listen to kids. He has been featured in Education Week, Brooklyn Magazine, and Teaching Tolerance Magazine. He has partnered with The Teachers College Reading and Writing Project, The New York City Department of Education, The International Literacy Association, and Lesley University’s Center for Reading Recovery and Literacy Collaborative. Out of Print, a documentary featuring Cornelius made its way around the film festival circuit, and he has been a featured speaker at conferences all over the world. Most recently, along with his partner and wife, Kass Minor, he has established The Minor Collective, a community-based movement designed to foster sustainable change in schools. Whether working with educators and kids in Los Angeles, Seattle, or New York City, Cornelius uses his love for technology, hip-hop, and social media to bring communities together. As a teacher, Cornelius draws not only on his years teaching middle school in the Bronx and Brooklyn, but also on time spent skateboarding, shooting hoops, and working with young people. 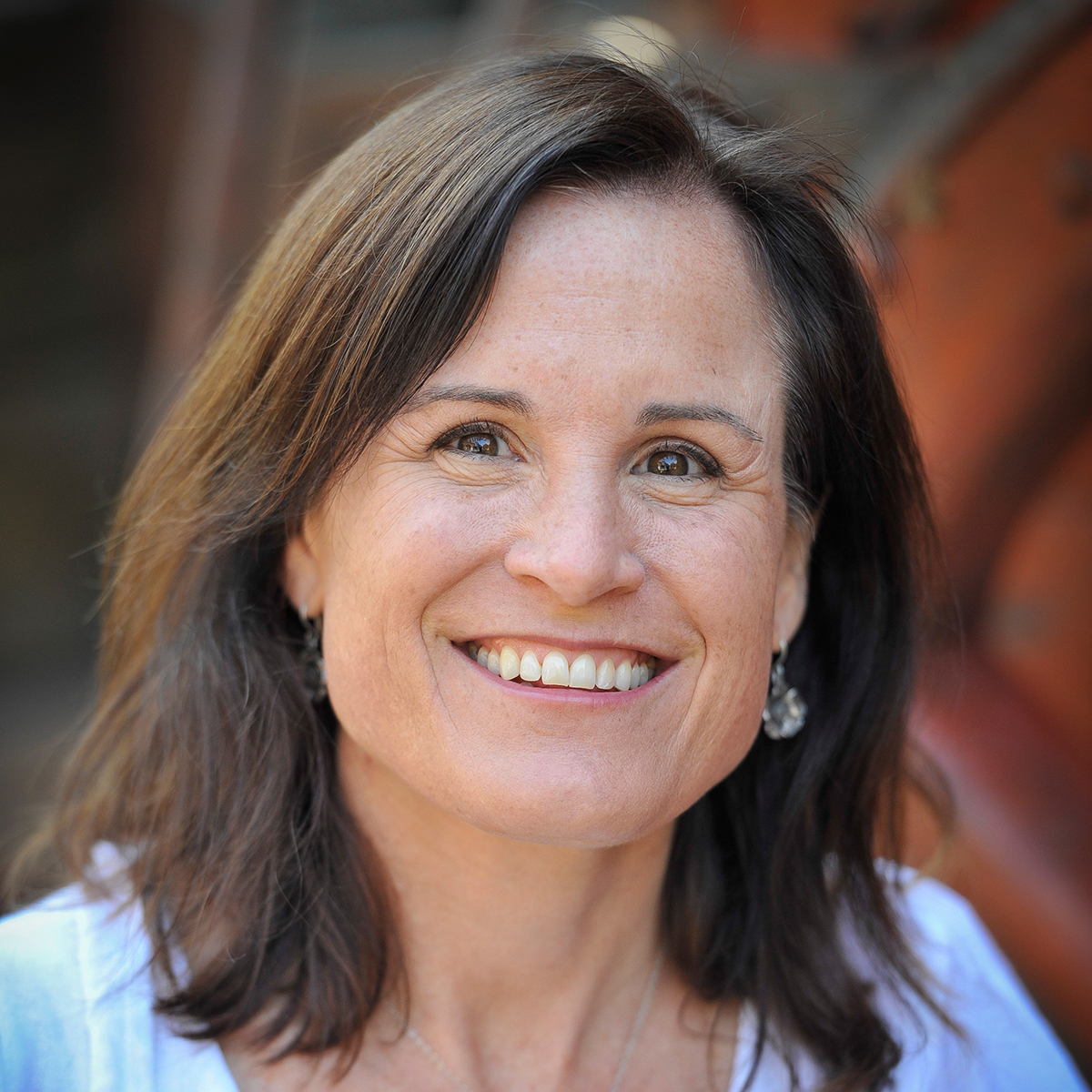 Leslie Patricelli has been cartooning to entertain herself and others since childhood. Leslie discovered her mischievous Baby character while doodling during a distressing Infant First-Aid course, shortly after her first child was born. The resulting Baby is now the star of 28 beloved board books, including Yummy Yucky, Potty and Toot. Watching her three children as they grew continued to inspire and ignite ideas, such as the Boston Globe Honor Book, Higher! Higher!, her Patterson Puppies Series, and Be Quiet, Mike!. Leslie grew up in Issaquah, WA, on Pine Lake, which is the setting of her debut middle-grade novel, The Rizzlerunk Club: Best Buds Under Frogs. She now lives in a pleasantly cacophonous home in the mountain town of Hailey, ID with her drummer husband, three musical children, a dog and three cats. Leslie loves to mountain bike, hike and ski, and plays her clarinet in the local orchestra. 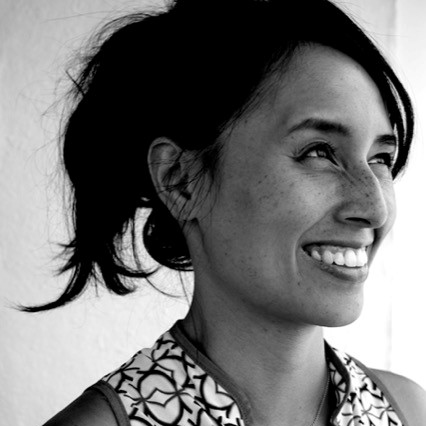 LeUyen Pham is the award-winning and critically acclaimed illustrator of more than one hundred books for children. LeUyen (pronounced Lay-Win) is a New York Times bestselling illustrator and Caldecott Honor winner. LeUyen lives in Los Angeles with her husband Alex (who is also an artist), and their two adorable sons, Adrien and Leo. She also has a cat named Sardine and a gecko named Kumquat. She adores traveling and speaking, but given her way would spend all her time making Star Wars-themed birthday cakes. 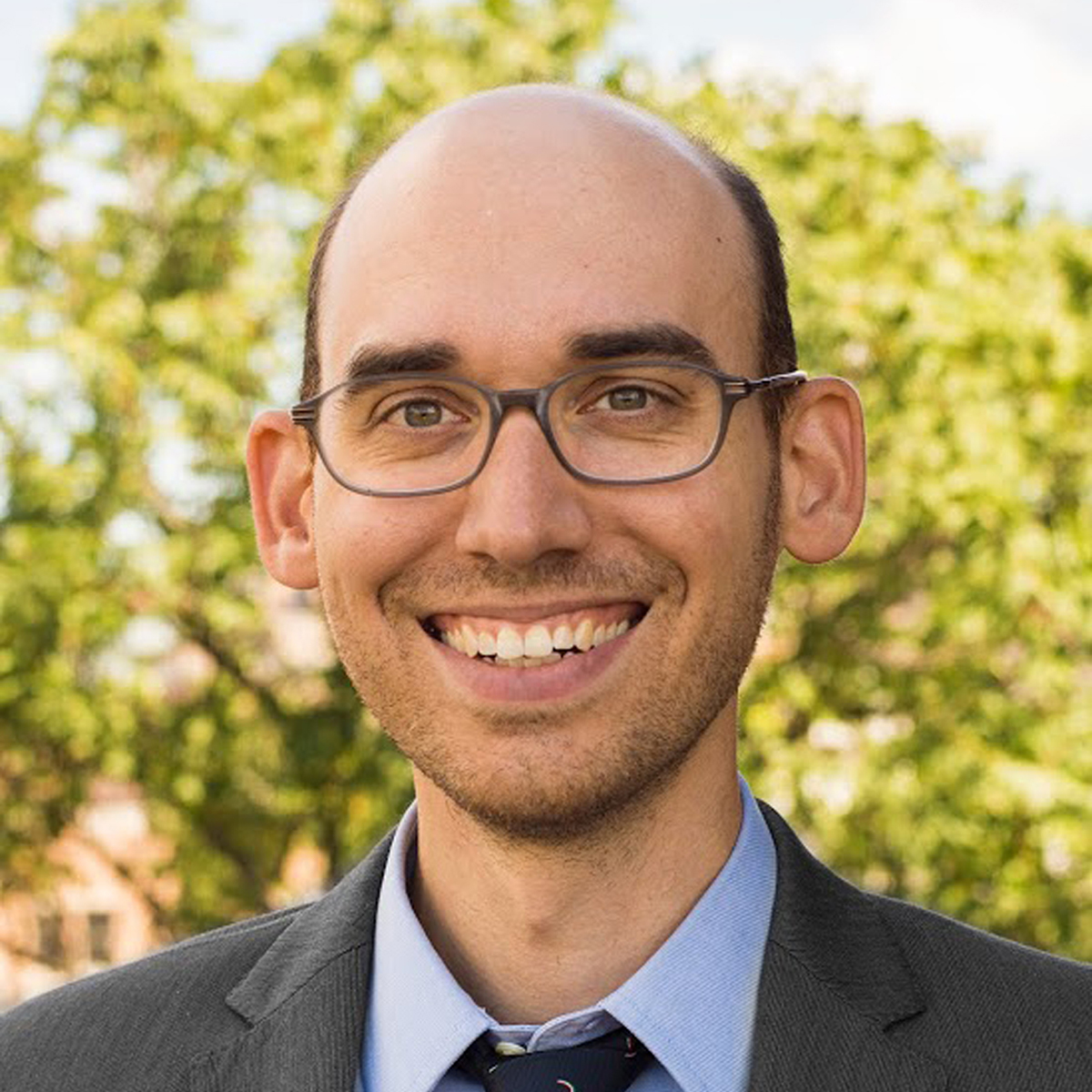 Greg Pizzoli is the creator of the Baloney & Friends series as well as a three-time Theodor Seuss Geisel Award recipient for The Watermelon Seed (Medal winner), The Book Hog (Honor book); and Good Night Owl (Honor book). He is also the author-illustrator of This Story Is for You, The 12 Days of Christmas, Templeton Gets His Wish, and Number One Sam. His nonfiction for children includes the New York Times Best Illustrated Book The Impossible True Story of Tricky Vic: The Man Who Sold the Eiffel Tower, and he has also illustrated picture books written by authors such as Mac Barnett, Kelly DiPucchio, Jennifer Adams, and Margaret Wise Brown. He lives in Philadelphia. 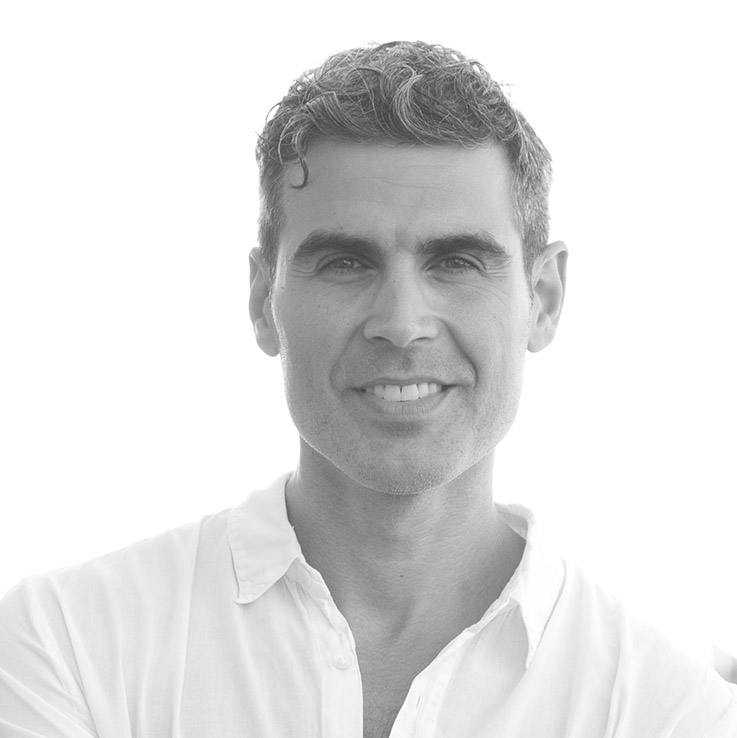 Matthew Reinhart is a world-renowned children's book author, illustrator and paper engineer, known best for cutting and folding paper into gravity-defying pops in his acclaimed pop-up books. His NEW YORK TIMES bestselling titles include STAR WARS: A POP-UP GUIDE TO THE GALAXY, DC SUPER HEROES: THE ULTIMATE POP-UP BOOK, and MOMMY? created with children’s book legend Maurice Sendak. Matthew’s ENCYCLOPEDIA PREHISTORICA and ENCYCLOPEDIA MYTHOLOGICA series have been translated into many languages and are enjoyed by readers all over the world. A new transplant to San Francisco, California, Matthew is happily married and enjoys every second of his work—and sharing it with everyone! 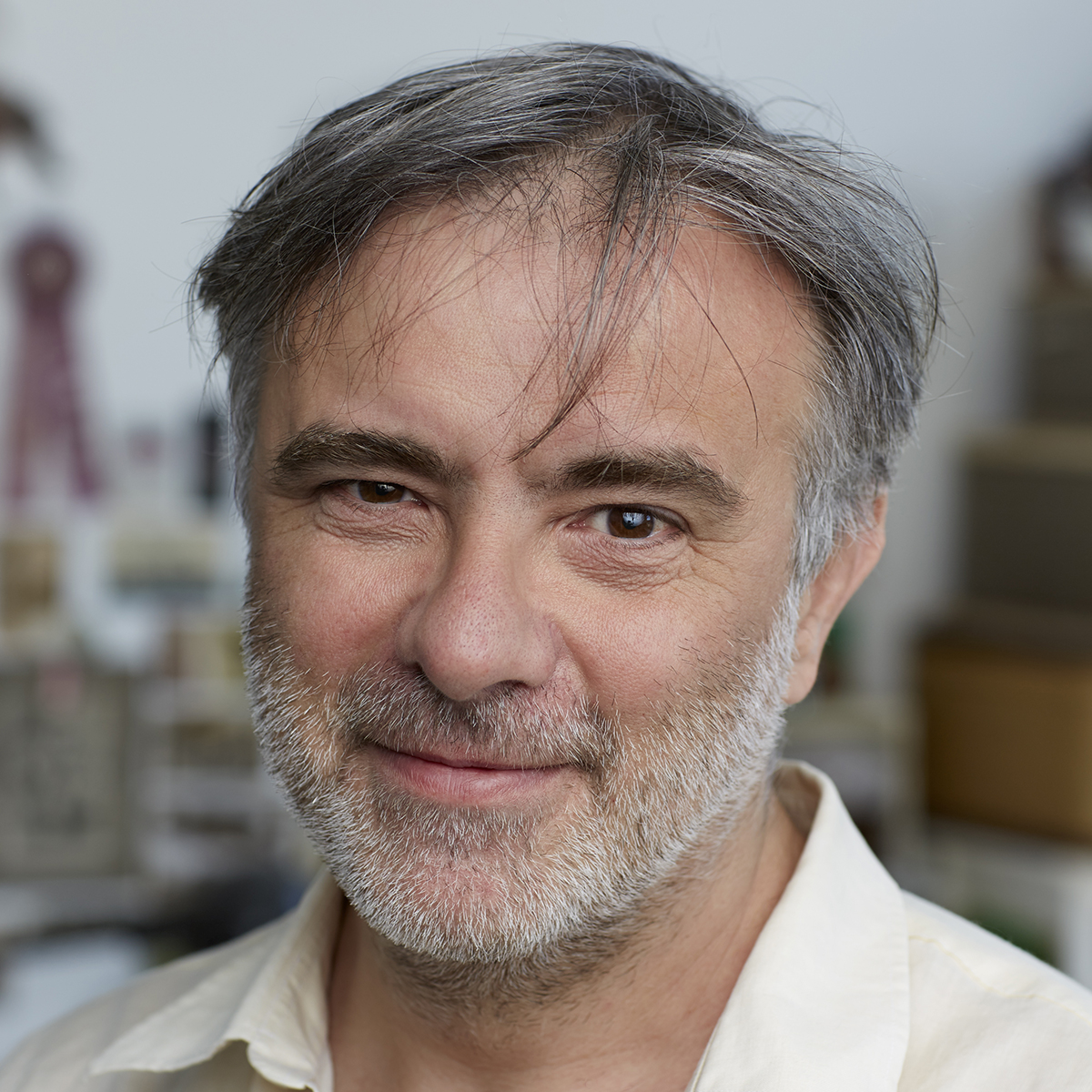 Sergio Ruzzier is a picture book author and illustrator. Born in Milan, Italy, in 1966, he began his career as an illustrator in 1986. In 1995 he moved to New York City, where he’s been creating pictures and stories for national and international magazines and book publishers. Sergio was a recipient of the 2011 Sendak Fellowship, and his early reader/comic book Fox+Chick: The Party and Other Stories received the 2019 Geisel Honor. 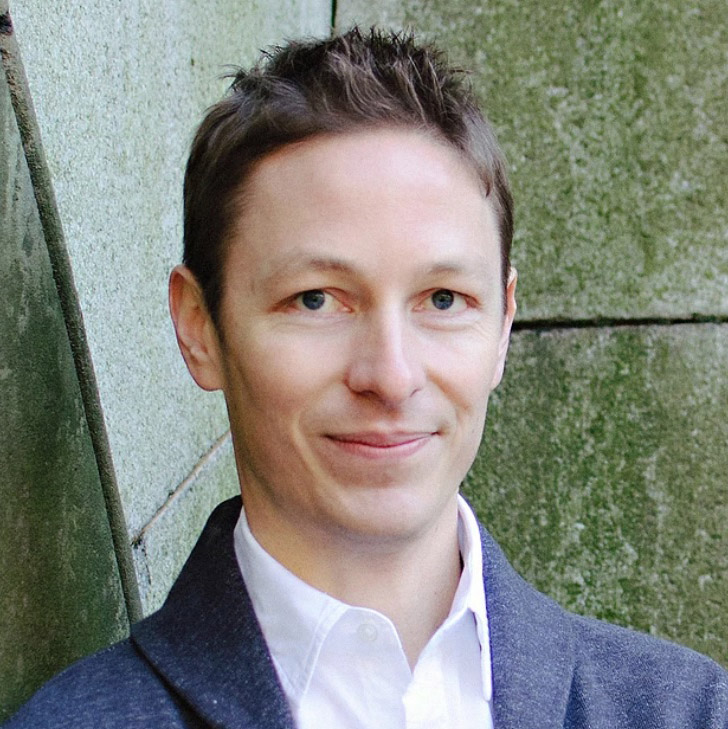 Eliot Schrefer is a New York Times-bestselling author, and has twice been a finalist for the National Book Award. In naming him an Editor’s Choice, the New York Times has called his work “dazzling… big-hearted.” He is also the author of two novels for adults and four other novels for children and young adults. His books have been named to the NPR “best of the year” list, the ALA best fiction list for young adults, and the Chicago Public Library’s “Best of the Best.” His work has also been selected to the Amelia Bloomer List, recognizing best feminist books for young readers, and he has been a finalist for the Walden Award and won the Green Earth Book Award and Sigurd Olson Nature Writing Award. He lives in New York City, where he reviews books for USAToday.