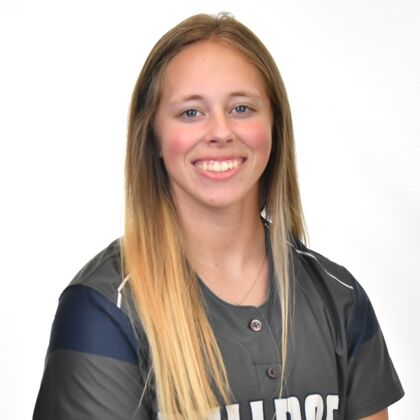 2020: Freshman
Appeared in five games and started one ... went 3-for-9 with three runs scored and four RBIs.

High School
Played softball for Gretna High School under head coach Bill Heard… lettered all four years, started for two years , and served as a team captain for one year… Was a part of teams that won district all four years, won a state championship, and earned a state runner up… set the school record for the most stolen bases in one season… also participated in basketball for two years and track for one season… received Academic All-State and Academic All-Conference awards…

Personal
Born in Lincoln, Neb. on February 19, 2001… daughter of Andi and Denny Taylor… has two younger siblings: Jacob and Jaiden Taylor… enjoys watching Netflix and hanging out with friends.