At Concordia, athletics is much more than simply winning championships. It is about men and women having a great collegiate experience athletically, academically, and socially while serving the Lord by using their God-given gifts to the best of their abilities. The health care needs for the student-athlete extends from the care given by the athletic trainers, in conjunction with the team physicians and other health care personnel, which make up the sports medicine team. The sports medicine team plays an integral part of the success of all the athletic programs at Concordia University, Nebraska.

Student athletes:  Please complete and return the forms below as requested. Contact the sports medicine staff or athletic department office at 402-643-7328 if you have questions.

Required for All Students

For Returning Students Only if There Are Changes 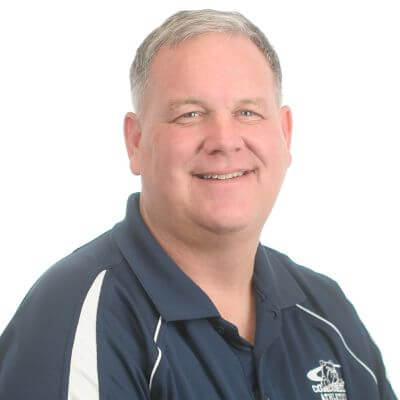 Randy Baack currently serves as the Head Athletic Trainer at Concordia University, Nebraska. Baack took his position with the Bulldogs in 2002.

A Bulldog alum, he graduated from Concordia in 1987 with a bachelor’s degree in Secondary Education. During his playing days, he was a four-year letter winner in baseball.

Baack spent six years as the Head Athletic Trainer at Potomac High School in Virginia before coming to Concordia.

Randy and his wife Jill are natives of Columbus, Ind. They have two daughters, Anna and Abigail. During his free time he enjoys playing sports, camping and spending time with his family. 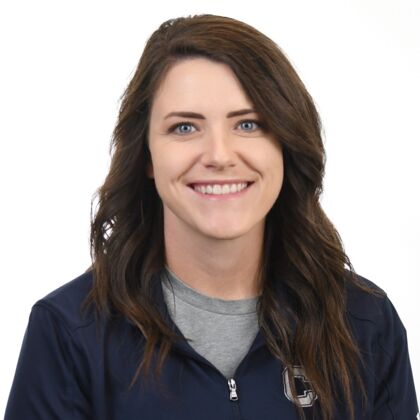 Kyli Haines joined the Concordia University athletic training staff beginning with the 2019-20 academic year. Haines transitioned to Seward after spending 2018-19 at NCAA Division III Buena Vista University. She will be working with the Bulldog men’s and women’s soccer, track and field and shooting sports teams.

While an athletic trainer at BVU, Haines worked with the volleyball, women’s basketball and men’s and women’s tennis programs. Her stint with the Beavers followed two years as a graduate assistant at the University of South Dakota, where she served the football and softball teams.

Haines graduated from the University of Nebraska-Kearney with a bachelor’s of education in athletic training. The native of Amherst, Neb., went on to earn her masters of arts in kinesiology and sports science from South Dakota.

Brenna Pfahler joined the Concordia Athletic Training staff in July 2021 after having previously Bryan Health and Lincoln Orthopedic Center in Lincoln, Neb. Pfahler is a an alum of the University of Nebraska-Lincoln.

Along with her role at Lincoln Orthopedic, Pfahler worked as the Head Athletic Trainer for Seward High School. Prior to returning to Lincoln, she spent nearly two years at Athleticare Sports Health Foundation in St. Louis, Mo., where she was the Head Athletic Trainer at Lindbergh High School. During her time as a Nebraska student, Pfahler worked with three Husker teams over a period of four years. A member of the Nebraska Athletic Trainers Association, Pfahler has volunteered her time to many community athletic events.

The native of Monument, Colo., earned her Bachelor of Science in Education and Human Sciences (Athletic Training) from Nebraska and acquired her Master’s of Applied Exercise Science (Human Movement).

Said Pfahler, “Working for Concordia Nebraska is such an exciting opportunity for me as it will allow me to begin my collegiate athletic training career in a welcoming and well-established community. I love working as an athletic trainer because every day is different and exciting. I get to combine my love of sports and medicine, while also developing positive relationships with coaches, athletes and fans.” 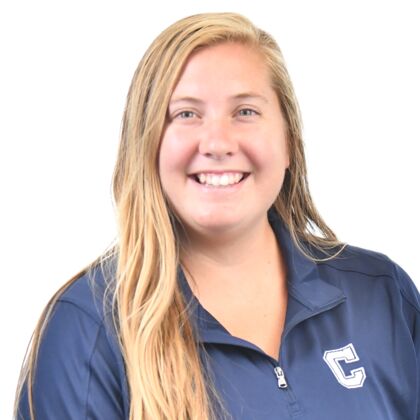 Prior to arriving at Concordia, Svatora spent two years at Midland University as Graduate Assistant Athletic Trainer. While with the Warriors, she worked primarily with the volleyball, cheer, dance and softball teams and traveled to GPAC and NAIA national championship competitions. Svatora also spent one year at Kingman High School in Kingman, Ariz., as the Head Athletic Trainer.

Shelby graduated from the University of Nebraska-Kearney with her Bachelor of Science in Athletic Training. She then earned her Master of Science in Adult and Organizational Learning from Midland. Shelby is the daughter of Jim and Connie Svatora. Shelby has a sister named Haley and a brother-in-law named BJ. Outside of work, Shelby enjoys reading and being outdoors. 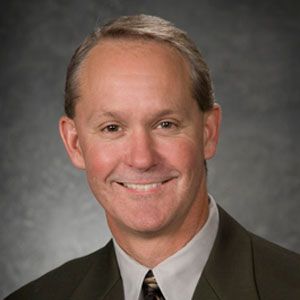 Dr. Tewes has been a physician with Lincoln Orthopaedic Center, P.C. since 1993. A native of Seward, Nebraska, he graduated from the University of Nebraska Medical Center in Omaha. He completed  his residency in Orthopaedic Surgery at the University of Kentucky. During this time he was awarded the American Orthopaedic Association National Travel Award Fellowship for his research on knee ligaments. In addition, Dr. Tewes completed a fellowship in Sports Medicine at the Minneapolis Sports Medicine Center.

Dr. Tewes’ decision to practice medicine comes from his devoted Christian belief to utilize his talents in the service of others. He strongly believes healing is more than physical, and integrates his faith in his interaction with patients and their families.