Concordia's athletics facilities are among the best in the nation for small colleges and its strength and conditioning programs take full advantage of them. Weight rooms are located inside Walz Human Performance Complex, completed in 2009, and the P.E. Building, remodeled in 2012. Bulldogs strength and conditioning programs also make use of the fieldhouse, stadium track/field and the numerous practice fields at Concordia.

Strength and conditioning efforts at Concordia glorify God and take inspiration from Romans 12:1, which reads: "Therefore, I urge you, brothers, in view of God’s mercy, to offer your bodies as living sacrifices, holy and pleasing to God--this is your spiritual act of worship."

The primary objectives of strength and conditioning at Concordia are to improve athletic performance and prevent injury. 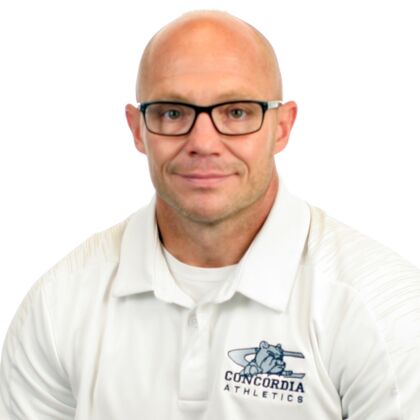 Director of Strength Conditioning and Training

Previously the head strength and conditioning coach at Northern State University, Todd Berner began his tenure as Concordia's first-ever full-time Director of Strength Training and Conditioning in the summer of 2015.

Berner, who had worked at NCAA Division II Northern State since 2010, brings more than nine years of collegiate strength and conditioning experience to the position. While part of the Wolves athletic department, Berner oversaw training for 15 men’s and women’s teams. Berner tasked himself with designing and instructing strength and training routines, demonstrating exercises, leading speed and agility drills, monitoring progress and networking with coaches in regards to progress and development of athletes.

Berner now serves all 21 Bulldog athletic teams and more than 600 student-athletes in an effort to maximize strength, speed and agility while promoting proper nutrition. He collaborates with head coaches to develop strength and conditioning activities for all athletes in addition to managing and supervise the Walz weight room. Berner oversaw training for 15 men’s and women’s teams. Berner tasked himself with designing and instructing strength and training routines, demonstrating exercises, leading speed and agility drills, monitoring and networking with coaches in regards to progress and development of athletes.

Prior to his time at Northern State, Berner worked at Winona State University from 2007 to 2010 as the Associate Director of Strength and Conditioning. Berner also served as a graduate assistant in strength and conditioning for two years at Winona State, a department that included 15 total athletic teams.

A native of York, Neb., Berner earned his bachelor of science in exercise science from the University of Nebraska-Lincoln in 2000. He received his master of science in education leadership from Winona State in 2007.

Todd lives in Seward with his wife, Cari, and sons, Quinn and Easton. 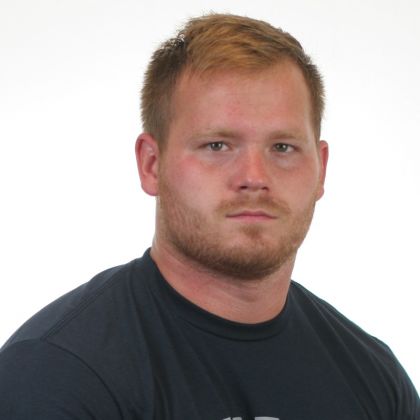 Following his college career as a member of the Concordia University Football program, Chevy Stout transitioned into his current role as Graduate Assistant Strength & Conditioning Coach, beginning with the 2021-22 academic year.

As a Bulldog student-athlete, Stout earned a reputation for his ability as a blocking fullback. The native of Grand Island, Neb., earned Honorable Mention All-GPAC accolades as a senior in 2020. He gained notoriety in the fall of 2020 when Barstool Sports recognized him as “America’s Fullback.”

Stout earned his bachelor’s degree from Concordia in Exercise Science (minor in Coaching). He is pursuing a master’s in Coaching and Athletic Administration. Chevy is the son of Duane and Michelle Stout and has two older brothers, Dalton and Ransom.