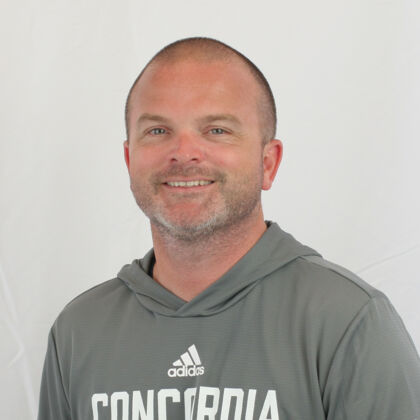 Thomas Goines was announced as Concordia University head women's soccer coach in December 2019. He became the eighth head coach in program history. Goines owns a two-year record of 20-13-4 with the Bulldogs.

During an unusual two-part season in 2020-21, Goines led the Bulldogs to a 11-6-2 overall record, tie for second in the GPAC regular season standings and a conference postseason championship. Concordia completed its conference tournament run with a 2-1 victory over Jamestown in the championship game. As a result, Concordia earned an automatic bid to the national tournament. Two Bulldogs earned first team All-GPAC honors: Mikeila Martinez and Grace Soenksen.

In his most recent previous coaching position, Goines served in the same role at NCAA Division II Barton College in Wilson, N.C. The Concordia University, Wisconsin alum oversaw the programs at Barton (2015-18) and Concordia University, Chicago (2011-14) for four years apiece and compiled a total of 73 victories. In his time with the Cougars of River Forest, Ill., Goines guided his teams to a combined 43 wins, making him the school’s all-time winningest soccer coach, men or women. The 2013 squad that went 12-3-4 under Goines continues to hold the program record for most victories in a single season. In his tenure at Barton, Goines coached nine all-conference selections and steered the 2018 squad to 10 wins and a spot in the conference tournament semifinals.

During his collegiate soccer career, Goines played one season in his hometown at NCAA Division I Indiana University-Purdue University of Fort Wayne (IPFW) before transferring to Concordia-Wisconsin. As a standout member of the Falcons, Goines earned three all-conference awards and one all-region honor and was a two-year captain.

Goines holds an Advanced National Diploma and a Regional Goalkeeper Diploma from the National Soccer Coaches Association of America (NSCAA) as well as a National D License from the United States Soccer Federation (USSF). Goines graduated from Concordia University, Wisconsin with a bachelor of arts in Secondary Education and Broadfield Social Studies. He later earned his masters of Athletic Administration from Concordia University, Irvine.

Thomas and his wife Melissa have a daughter Mikayla, son Ethan and daughter Payton. 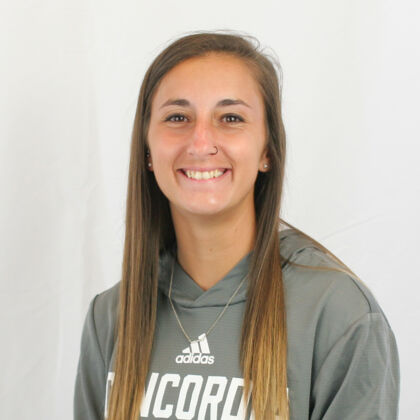 A native of Beavercreek, Ohio, Hall excelled during a collegiate playing career that saw her start all four seasons and serve as a captain for two years at Wilmington. She was named the 2017 team MVP and the school’s 2018 Fall Athlete of the Year. Hall also garnered recognition as second team all-conference and second team All-Ohio in 2018. She went on to play for the Dayton Dutch Lions of the Women’s Premier Soccer League and for the Columbus Eagles of the Premier Arena Soccer League.

In addition to two seasons as an assistant coach at Wilmington, Hall coached the CUSA gold 06 girls for one year.