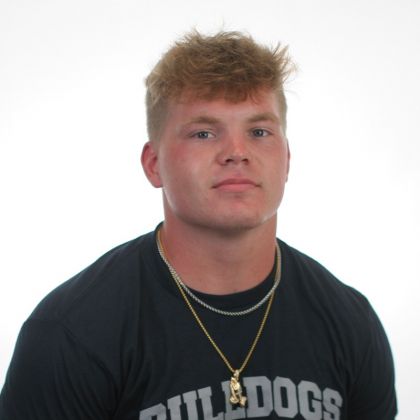 2020: Senior
Started all eight games and recorded 35 tackles ... added 4.5 tackles for loss, one sack, an interception and a pass breakup ... collected a season high seven tackles versus Dordt on Oct. 24.

2018: Sophomore
Recorded 16 tackles, five tackles for loss and a sack while serving as a key reserve and as a special teams performer ... forced and recovered a fumble ... intercepted a pass at Dordt on Sept. 29 ... credited with seven tackles, including one for loss, at Morningside on Oct. 27.

2017: Freshman
Made an impact on special teams and recorded six tackles.

High School
Prepped at Beloit High School for head coach Greg Koenig … lettered for four years and started for three … served as team captain for two years … was two-time All-League Offense and Defense, named All-State in Offense and All-State in Defense and received the Black Lion Award his junior year … played basketball for four years and lettered for two years while averaging 14 ppg as a senior … member of the First Honor Roll for all four years.

Personal
Born in Lincoln, Neb., on Oct. 2 … son of Dallas and Linda Cox … has a younger brother Carson and an older sister Savanna … enjoys working on the farm, fishing and hanging out with his friends and family.